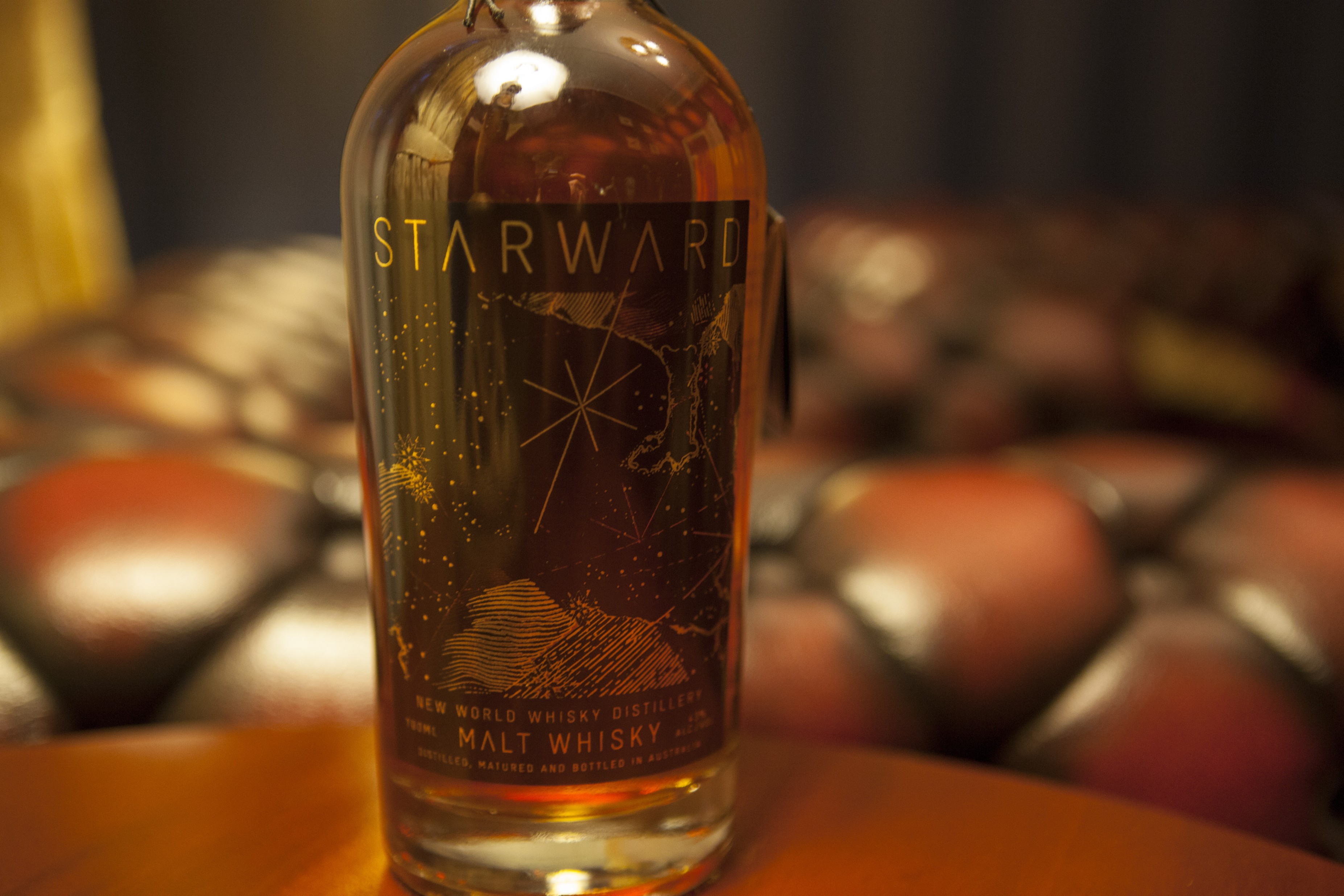 Recently I was at Leura Cellars scoping out the whisky range while away in the Blue Mountains for a few days and the gentlemen behind the counter offered me a taste of Starward. I already had a bottle at home but hadn’t opened it, I have a few open and don’t like to have too many going at once. After tasting it and it receiving the approval of both my girlfriend and grandmother I decided to purchase a bottle to drink that evening. I was fairly surprised my partner liked it, she normally tastes all the whiskies I have and to date has only really enjoyed a few of them, one being Release the Beast. “Fruity, and crisp. Yeah, I can drink that.” Winner.

Nose: Gorgeous ripe bananas, malted cereal, and sultanas. Sherry influence is there. Apples and brown sugar follow at the back.

Palate: Sweet banana malty goodness. Sherry influence is strong but in no way dominant or overbearing, the fruit flavours are all there. Oak influence also has it’s place. Precisely clean and crisp.

Finish: Creamy vanilla with sultanas on the outset, the banana flavours go from ripe to green and dry. Slight sultana bitterness. Again, this whisky is showing it’s sherry influenced upbringing. Not as oily as I would have hoped but the flavours do linger in the mouth. Light and crisp are core themes for the outset.

For it’s age this is an absolutely cracking whisky. I’d really love to see Starward bring out a limited single cask run but after putting the question to David Vitale, CEO of New World Whisky Distillery, it doesn’t seem like it’s on the cards for a bit at least. Can see why they would want to focus on their core range when it’s so good.

Musical selection for this whisky is a cover of Bo Diddley’s ‘Who Do You Love?’ by The Doors. Ronnie Hawkins and the Hawks and Quicksilver Messenger Service also did covers of this song but the version by The Doors is my favourite.

The Doors - Who Do You Love?