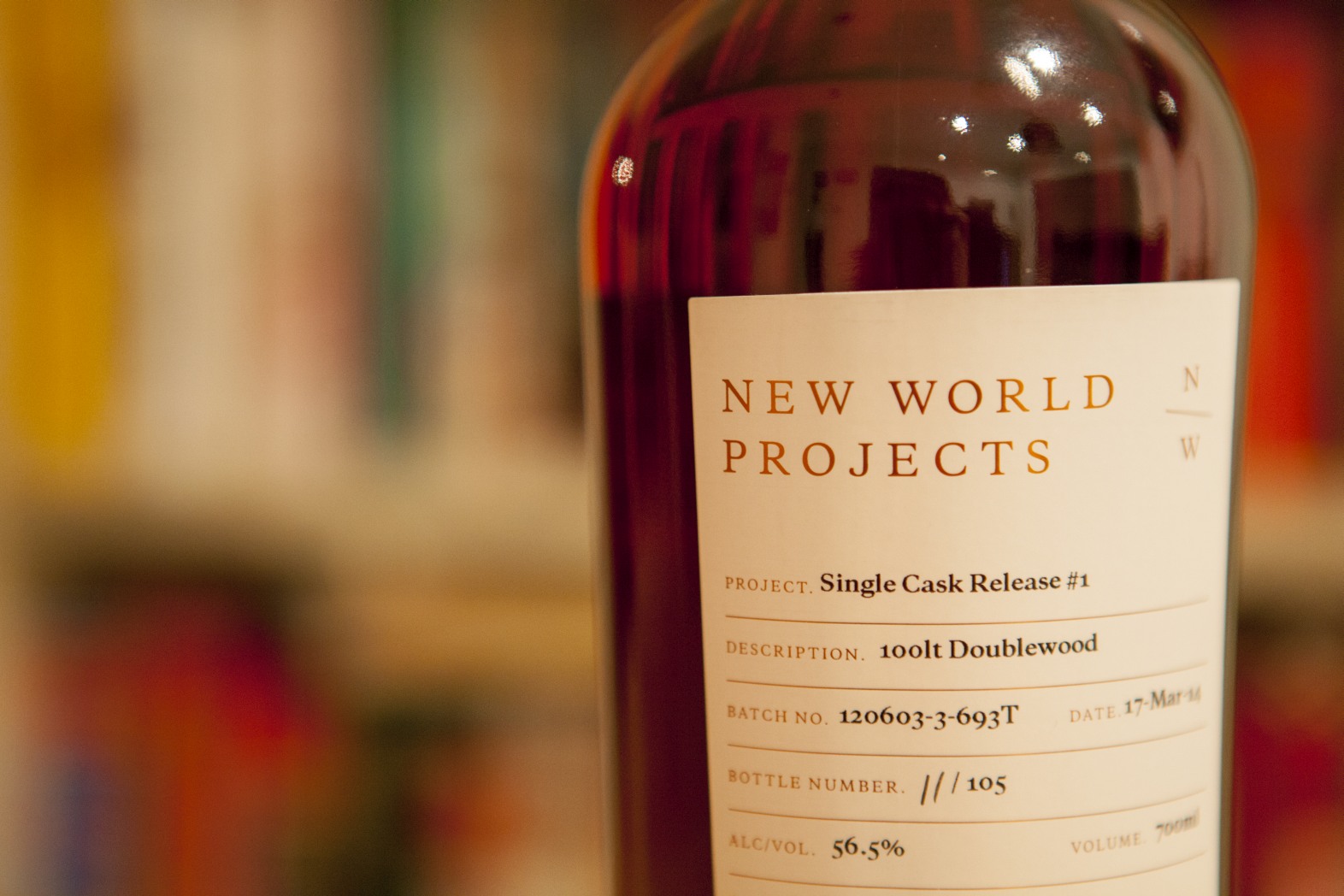 Not too long ago I had the pleasure of attending The Oak Barrel Sydney's event for the New World Projects Single Cask Release. The evening was hosted by David Vitale, Founder and CEO of New World Whisky Distillery, the makers of Starward. It was a very enjoyable evening. David is clearly passionate about his product and from the way he speaks about it, you can tell this isn't just a business venture.

I am very pleased that David and the team decided to go ahead and release a single cask Starward under the New World Projects brand. The story behind it is several people from Australia's best whisky outlets were invited to hand select the cask including, Dave Withers from The Oak Barrel (Sydney), Ben Baranow from Baranow’s Emporium (Melbourne), Brooke and Jules from Whisky & Alement (Melbourne), and Alex from Nick’s Wine Merchants (Melbourne). They sure did they pick a beauty!

Nose: Starward on steroids! Ripe bananas, brown sugar, loads of spice. Some red fruits and vanilla style notes with time. No burn on the nose which is nice.

Finish: A little salty with a big hit of chocolate. Did not expect that and it was thoroughly enjoyable. Vanilla and dried sultanas. Berries. Malty. Finishes towards dry but it's dry in a good way

At the event David provided us with a sample of Starward New Make. Below are some notes.

Palate: Wax and fruit, quite mineral but sweet at the same time. Cut with water it produces apple notes on the nose and palate.

This is the only new make I have been able to drink to date and say I actually enjoyed it. Would I drink this all the time? No. But I would happily have it again as it showed me the origin of the whisky before any cask influence.

So how do I rate the New World Projects Single Cask Release #1? It's brilliant, I would say get your hands on some but it is completely sold out (as far as I am aware).

David Vitale was kind enough to pick a song to go with this post. When I asked him why he had chosen this song he explained: "Australian, Instantly recognisable, great mid-section, catchy.". Thanks David!