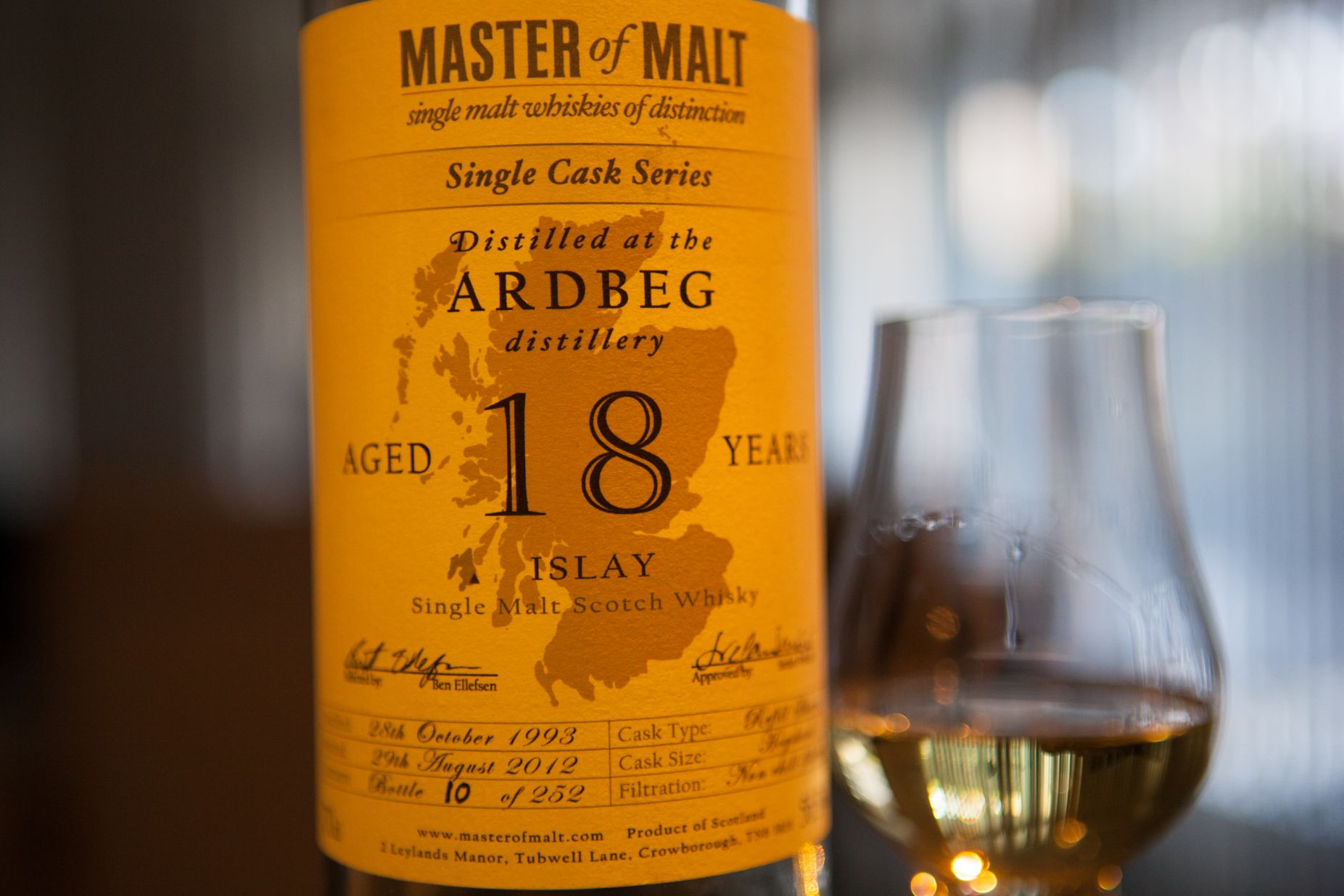 Ardbeg at any age is a fine single malt. One night on twitter a month or so ago I noticed the wonderful people at Master of Malt tweeting about the release of an 18 year old Ardbeg single cask at cask strength. I promptly made a purchase and waited with bated breath for it’s arrival. I can tell you I was not disappointed. Ardbeg is up there in my list of favourite distilleries and this bottling really shows how great their pre Glenmorangie days really were.

Nose: Lemon and peat by the bucket full. Throw some hints of marshmallow and Agave in too.

Palate: Lemon burst smacking with peat. Oh my, welcome to Ardbeg town. Some honey riding through the peat and lemon sweetness. Could chew on this one forever.

Finish: The lemon and peat continues through slowly mellowing to a dry ashen peat and rock salt.

This has to be in the top two Ardbeg whiskies I have ever tasted. I don’t like to give scores or rant on about how something is the best I have ever tasted, but this really is amazing. I really wish I had bought two bottles when this was released. Master of Malt sold out in under two hours, which if not some sort of record is still damn impressive and shows just how popular the older pre Glenmorangie Ardbeg really is.

A malt of such distinction deserves music of an equal calibre. As such my pick for this fine dram is the gorgeous “Biding My Time" by Busby Marou, an Australian band who have recently released their first album which is self titled. The song won the Blues & Roots Work of the Year for 2012 at The Australasian Performing Right Association (APRA) Awards. Totally deserved it in my opinion.