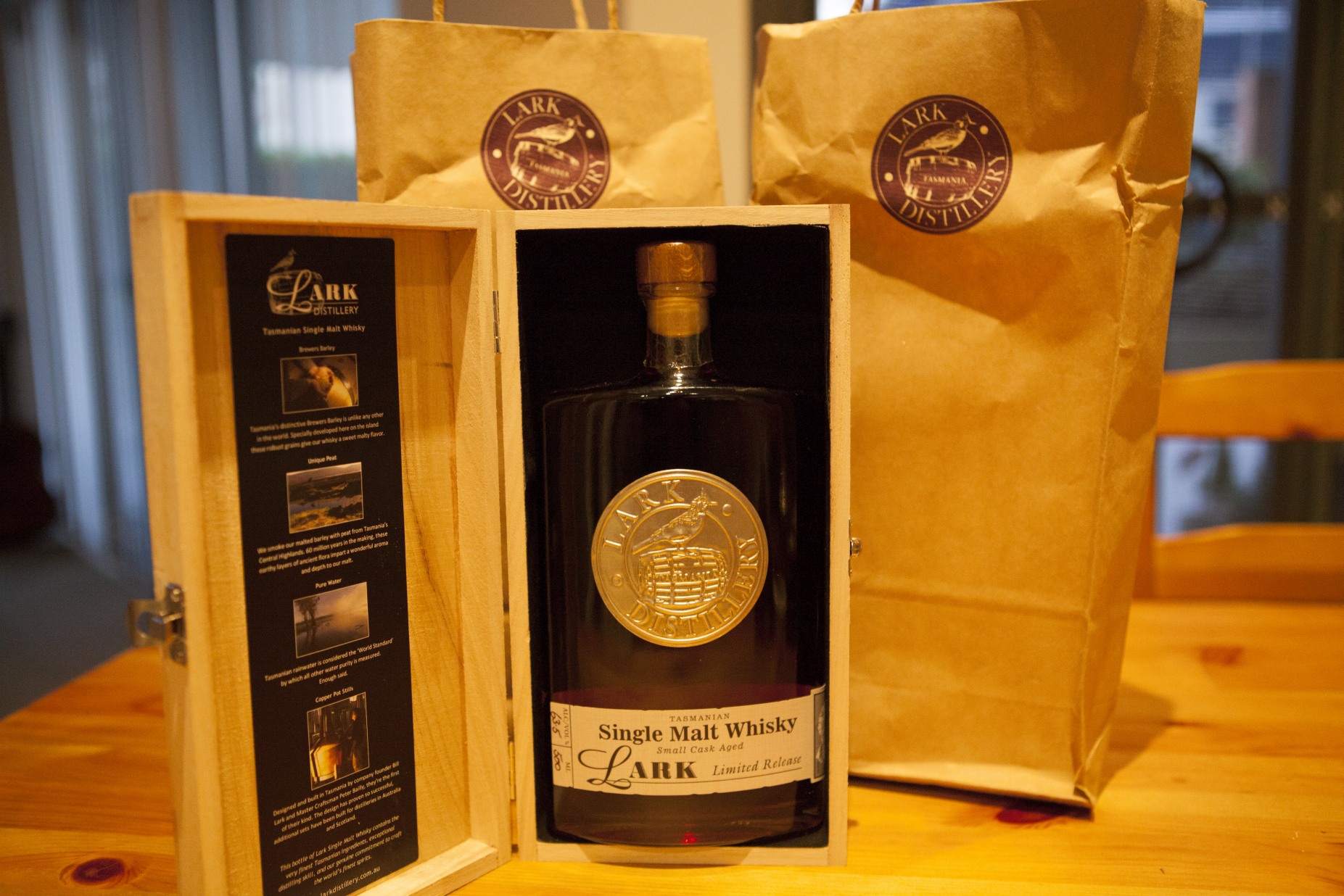 Back in January my girlfriend went on a road trip to Tasmania with some friends for a music festival and was nice enough to stop off at the Lark Distillery for me. I opted for two of the Limited Release sherry cask offerings.

Nose: Rich sultanas, roasted chestnuts, and spice. Almost smells like a Speysider with that distinct Lark light peating. Sherry influence is obvious but not dominant.

Palate: This whisky should be called ‘The Sherry Bomb’. Smashing whisky here that the Lark team should be proud of. Perfectly balanced layers of spice, roasted chestnuts, and rich dark fruits. Light peat on the finish.

Finish: Long and oily. Just how it should be. The flavours on the palate just follow through to the finish and linger on.

Brilliant dram here. Shows I need to beef up the archive with a few more Lark whiskies. Until buying these my experience with Lark whisky had been primarily a port influenced one. This Sherry influenced expression was a pleasant surprise. I missed out on one of their earlier bourbon cask offerings so am keeping my eyes peeled for new releases.

On to the music… For this whisky I have chosen a great song by Elmore James, a blues musician from the 1950’s and 60’s who was known as the king of slide guitar. Really good stuff.