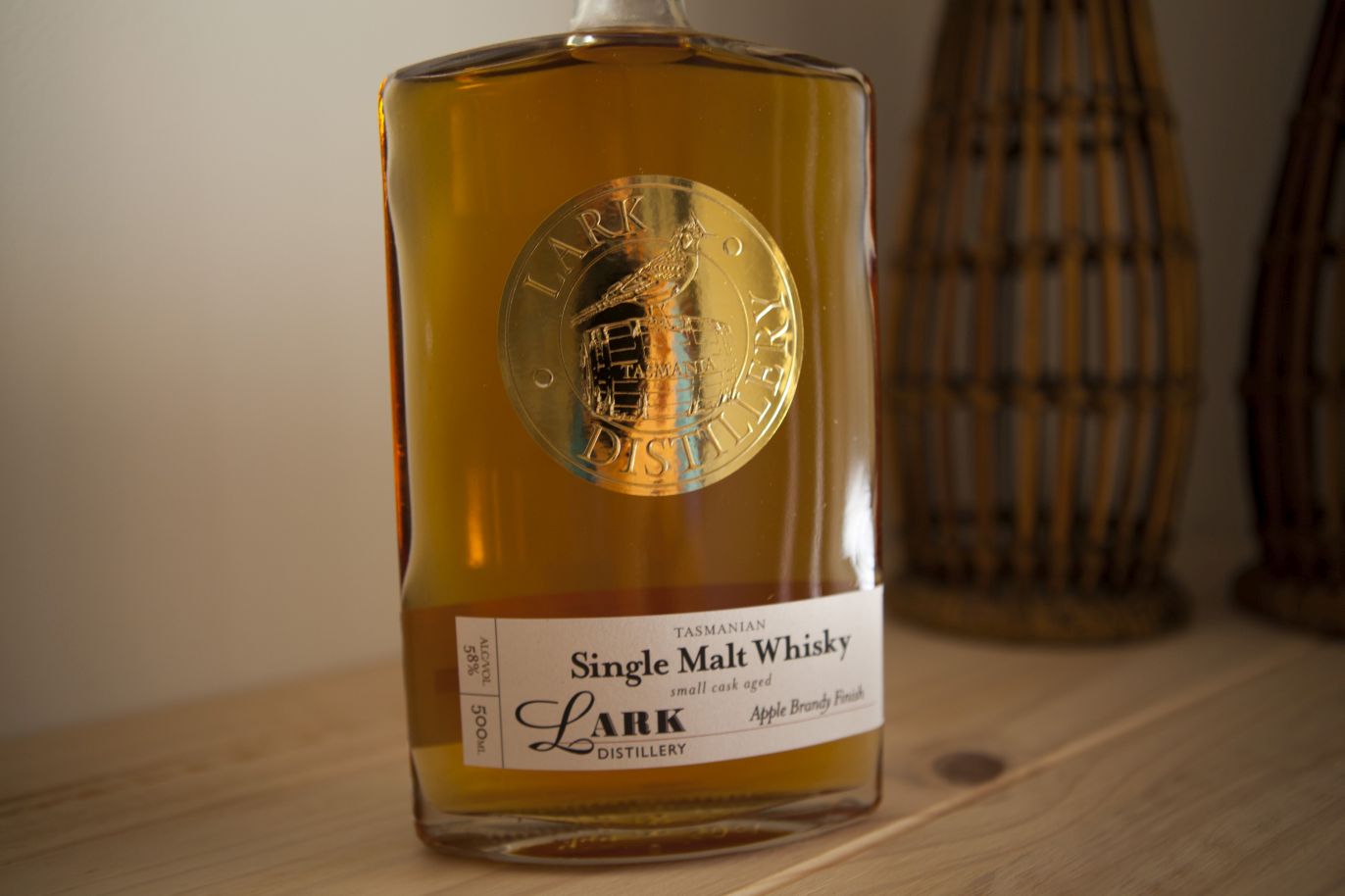 "In a dingy inner city bar, over a hefty dram or two the Oak Barrel staff stumbled into a conversation about the types of casks that could be used to mature or finish whisky. Slightly tipsy, the suggestion was made to use calvados casks to finish Australian whisky. In the cold, sober light of morning, the idea was not as silly as it seemed and after approaching Bill Lark the decision was made to go ahead set aside a single cask for the Oak Barrel. And so sparked the meeting of two great whisky minds and Lark’s official bottling for the Oak Barrel Apple Brandy cask finished.

Lark’s official bottling for the Oak Barrel is a single cask expression, bottled at cask strength and finished in Australian ex- apple brandy casks with all apples sourced from the Huon Valley in Tasmania. Only 100 bottles produced.”

I managed to score two bottles of this (one to drink one to save), and also managed to get my grandmother one for her birthday this year. Sadly though it appears that stocks are all gone and I just hope that a few of you got to try this absolute gem. With only one hundred produced though… chances are fairly slim. This is pretty much the equivalent of the best apple pie you can get merged with whisky and stuffed in a bottle. Weird picture, right? Totally works though.

Palate: Gorgeous spiced apple flavour. Roasted chestnuts. Cinnamon is there. Malty. Some honey is present. Light peating on the finish.

Finish: Amazingly long and silky. Has some distinct Lark characteristics to it with the twist of the apple brandy cask finish. Dangerously moreish. Apple Pie forged by the hands of the sky gods.

This whisky is a true gem and a collectors item as well. Hopefully a second batch will be done at some point but I haven’t heard anything as yet. For those who don’t know about The Oak Barrel, it’s the best whisky shop in Sydney period. Great prices and friendly knowledgeable staff.

As for music to go with this whisky, I couldn’t think of anything more fitting than this song by Ray LaMontagne. Enjoy.

Ray LaMontagne - You Are The Best Thing