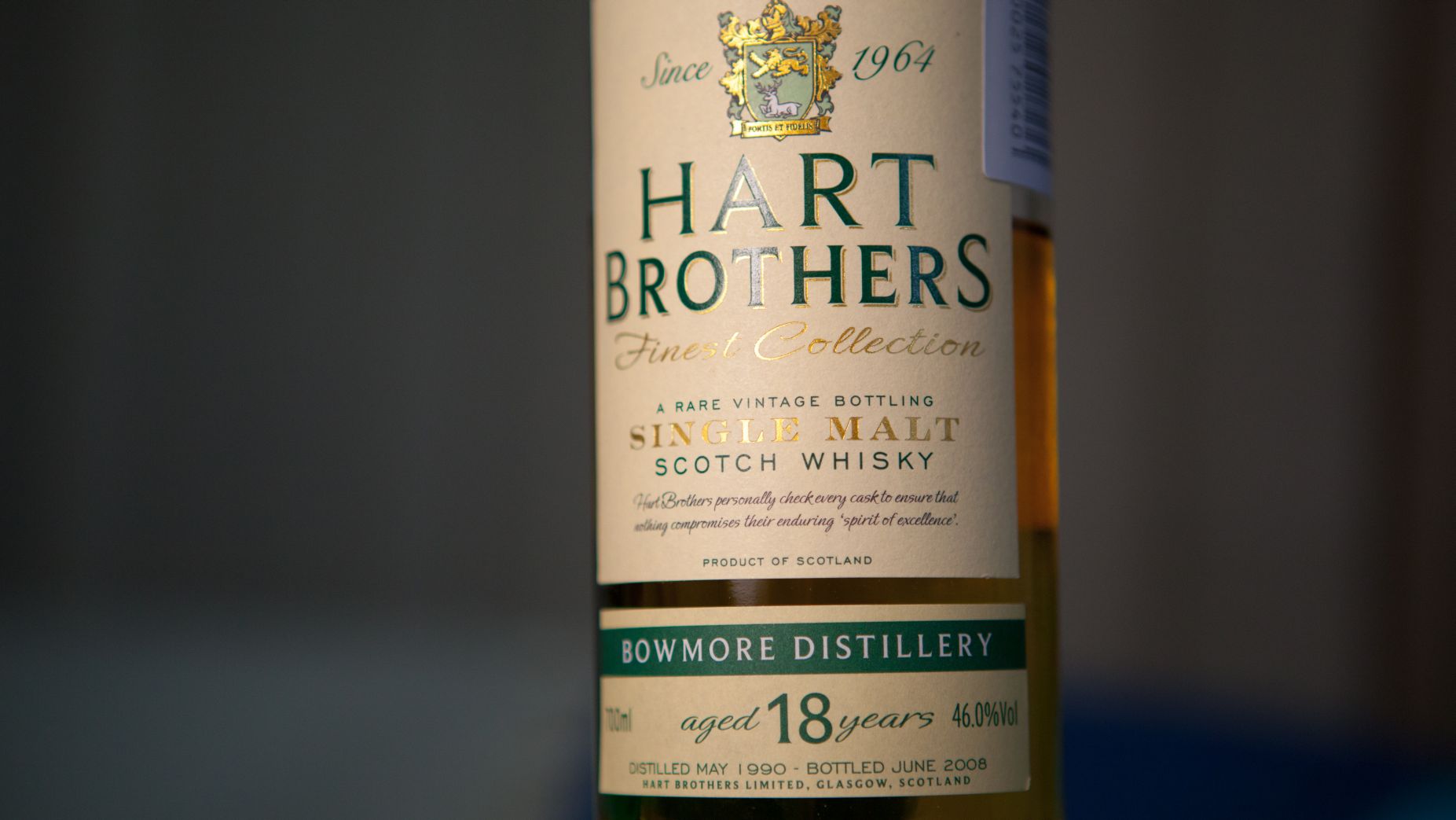 1990 was a good year, "U Can’t Touch This" was released by MC Hammer, and mullets were on the way out. Enough said. At the same time Mr Hammer released this fine tune a gorgeous cask of Bowmore was being laid down, to be bottled 18 years later by Hart Brothers. And what a bottling!

Nose: Fresh cut peaches with a hint of caramel followed by a light encounter with peat.

Palate: Sugarcane and peaches… hints of apricot too. Oak and peat are also present.

Finish: Fresh, sweet and dry, peaches still remain. Overall the peat is not dominant but is more like a background accompaniment.

I honestly didn’t want this bottle to end, will definitely try and get some more of this. A local retailer in Australia currently has this stuff on clearance, coming in under three figures which is a bargain for an 18 year old Bowmore.

Now while I’ve already made reference to some awesome music from the 90’s, I felt that the whole peach theme in the tasting notes above needed some reinforcing. So here is a song that I remember from 1995, Presidents of the United States of America - Peaches.