by Cooper 9 years ago 3 min read 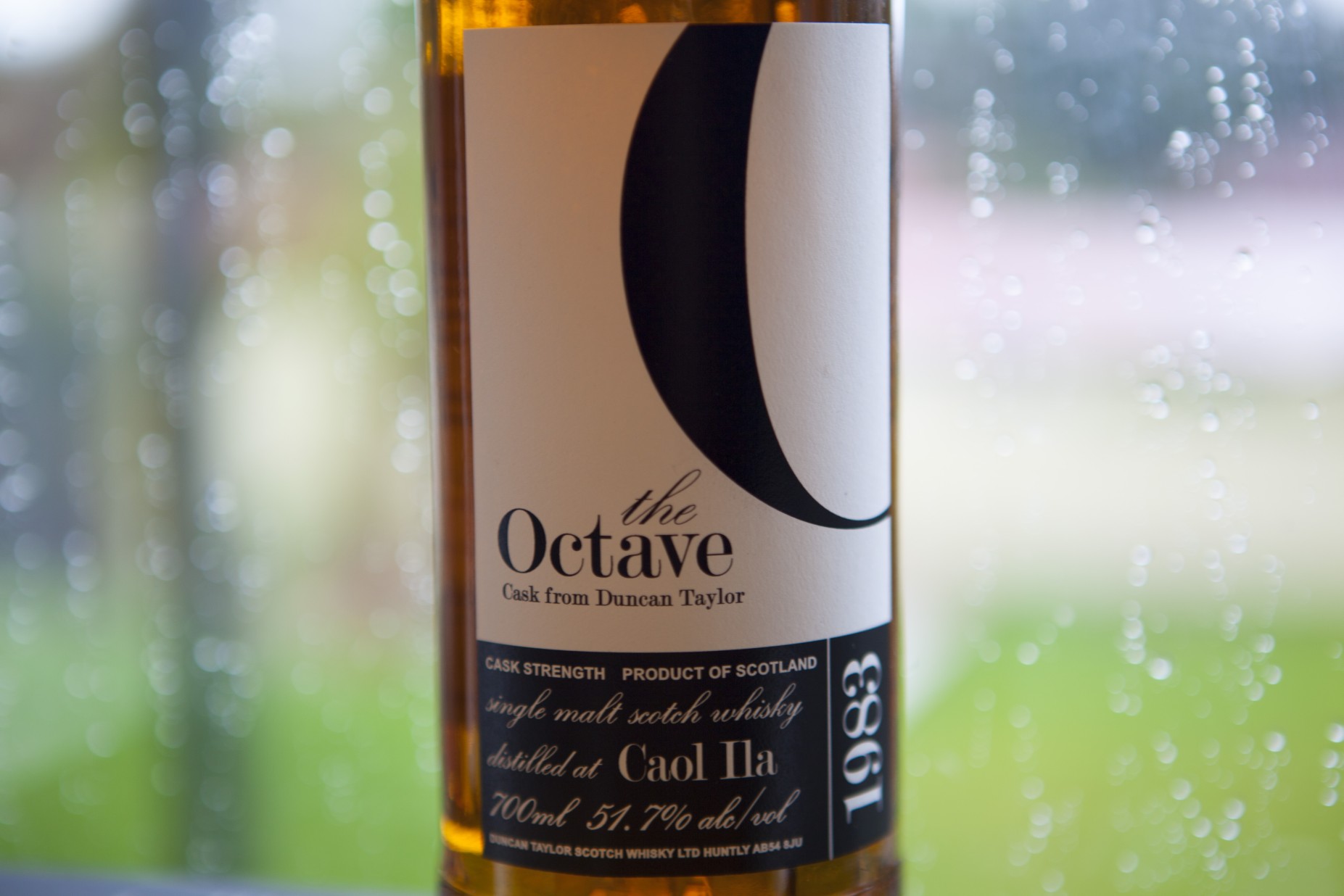 A rainy day is a good day for an Islay malt, well any day or night really. Up for review is another fine single malt from Duncan Taylor. This time we have a special Caol Ila Octave bottling. For those who aren’t aware (I certainly wasn’t), an Octave cask is capable of producing about 70 bottles of whisky. After 28 years of maturation the whisky was moved to the Octave sherry cask for a further 3 months. From what I have been told the smaller Octave and Quarter casks offer a greater surface area for the whisky to interact with, thus speeding up the maturation process. All in all I think this whisky did benefit from the extra months it received in the Octave cask. It has taken on a very complex and sweet fruity flavour while still retaining that classic Caol Ila fire, smoke and salt.

Eye: Looks like redgum honey from Australia, quite dark with a golden hue.

Nose: Sherry, with some cooked down strawberry sweetness. Lightest hint of peat.

Palate: Fiery yet sweet. Intense mouthfeel. Salt spray and ash. Sherry is not dominant nor is the peat. Berries are there but hints are fleeting.

Palate (with water): Wow, with a little water this malt opens up and the peat comes roaring in. Classic Caol Ila. Holding it in the mouth gives a unique experience bringing sweet kiwi and berry flavours as the seconds progress.

Finish: Long and oaky. Brine with a light peating. Medicinal enough to clean out a hospital ward. Sherry is still there, after some time mellows to berry hints.

Finish (with water): Waxy citrus rind and ash. Peat is still present but not as much as upon first contact. Kiwi / berry sweetness melds well with the sherry. Just keeps on going.

Absolutely fantastic Islay malt here, and amazing how much the water changes the flavour profile. The extra 3 months in the small Octave cask really imparts something special. The fact it is the same age as me (at the time of bottling) makes for some interesting conversation while enjoying a dram. Duncan Taylor really do have it down to a fine art when it comes to selecting casks to add to their collection. I haven’t had a single one to date that I haven’t enjoyed. The low availability of this whisky and the extra care taken with it make it a brilliant choice to add to ones archive.

One of my favourite albums from 2012 was from Alabama Shakes, called Boys & Girls. For me the best element to the music is the raw emotion and energy displayed by lead singer Brittany Howard. She is absolutely fantastic, reminds me a bit of Amy Winehouse meets Janis Joplin, with maybe some Billie Holiday and Aretha Franklin in there.

Someone from last.fm has really summed up my thoughts on this album in a much more concise way than I ever could have:

"Boys & Girls is a solid debut, really good but not earth-shifting, a record clearly (blessedly) recorded before anyone much cared who they were or weren’t, possibly even before they were entirely sure themselves."

And that sums it up really. An amazing album that has an uninfluenced feel to it. Clearly I’m not the only person who thinks they are great as they have won the Americana Music Honors & Award for Emerging Artist of the Year (2012) along with receiving a bunch of other Grammy, Brit and Q award nominations.

The song I have chosen to go along with this post is ‘I Found You’. Hope you enjoy it.