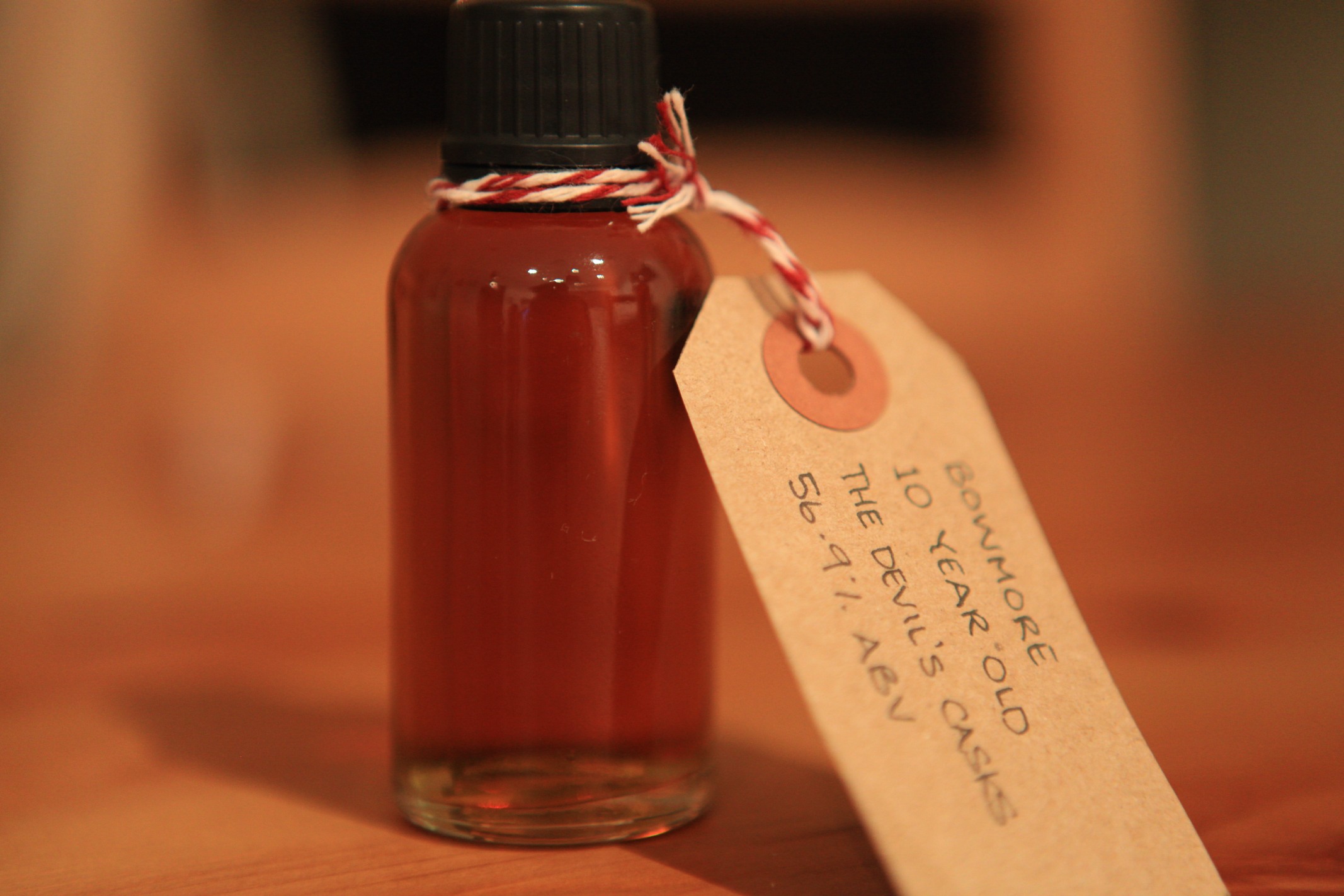 Bowmore's The Devil's Casks. Well known and highly desired in the Islay whisky world. It is a 10yr Bowmore whisky matured in first fill sherry casks. This whisky was incredibly popular at release and stocks were exhausted very quickly. The only way to get one of these now is at auction as far as I am aware.

Big thanks to Jonathan from The Whisky Ledger for the sample.

Palate: Waxy, chocolate, sweet maple syrup, spice, and cream. All of this built around dark fruits. Wow that's waxy. I don't want to add water and it doesn't need any at all.

Finish: Long and warm with a great mouth feel. Tastes beyond its age with the chocolate espresso wax quality. Minutes later its waxy smoky espresso malt. What a top dram.

This whisky is absolutely amazing. Age isn't everything, this tastes far beyond its age. It just goes to show what happens when you combine a high quality distillate and some top quality first fill casks. Kind of wish I had grabbed one of these when I had the chance.

Music to go with this fine dram is 'Amen Brother' from The Winstons, recorded in 1969. A small drum solo from the song was later used as a sample in early hip hop and electronic music where it had a massive impact spawning many subgenres of electronic music. The sample became known as the Amen Break.